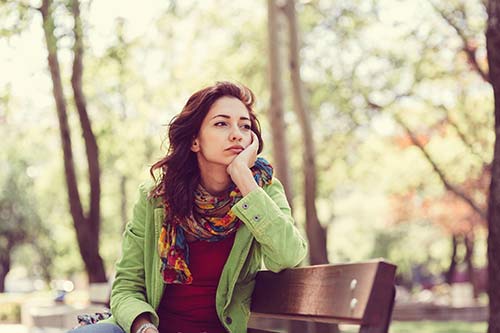 Everyone feels sad or down occasionally, but those suffering from depression experience these feelings more intensely and for a longer duration. They also usually experience other symptoms as well, including: fatigue, difficulty focusing, irritability, and changes in appetite or sleep habits.

Though many people think of depression as a single problem, there actually are several variations of depressive disorders at Star Meadow Counseling we treat the following:

Major Depressive Disorder, is characterized by a combination of symptoms that may interfere with a person’s ability to work, self-motivate, sleep, study, eat, socialize, and enjoy once-pleasurable activities.

Postpartum Depression, may occur when a new mother develops a major depressive episode within one month of delivery. Postpartum symptoms occur in as many as 10 to 15 percent of women after giving birth. The “baby blues”– transient waves of sadness and other mood symptoms– are even more prevalent, with up to 80% of women reporting those symptoms.

Seasonal Affective Disorder (SAD), is characterized by the onset of a depressive symptoms during the winter months, when there is less natural sunlight. SAD is particularly common in the Pacific Northwest. Depression generally lifts during sunny summer months. SAD may be effectively treated with light therapy, but most will need additional types of therapy.

Bipolar Disorder, is characterized by dramatic mood episodes (lasting for days at a time) from overly “high”, manic, energetic, and/or irritable to sad and hopeless, and then back again. Sometimes there are periods of normal mood in between. Severe changes in behavior and energy go along with these changes in mood.

Premenstrual Dysphoric Disorder (PMDD), is characterized by mood swings that correspond with a woman’s menstrual cycle. Symptoms may include irritability, self-depreciating thoughts, and tension. Some woman report feeling out of control, losing interest in normal activities, lethargy, or trouble sleeping.

Is there a cure for depression?

There is no “one-size-fits-all” cure for depression. However, by obtaining effective treatment, many people find lasting freedom from depressive symptoms.

What are the current evidenced-based treatments for depression?

Psychotherapy (talk-therapy) and antidepressant medications are the most commonly administered treatment approaches. Clinical trials have found Cognitive-Behavioral Therapy (CBT), Behavioral Activation (BA), and Interpersonal Therapy to be evidenced-based, effective approaches to counseling. There is research being done about alternative treatments for depression, especially for those that experience treatment-resistant depression. Alternative treatments being evaluated include transcranial magnetic stimulation (TMS), electroconvulsive therapy (ECT) and vagus nerve stimulation (VNS). The staff at Star Meadow Counseling specialize in Cognitive-Behavioral Therapy and Behavioral Activation for depression management.

Do you prescribe medication?

No, the counselors at Star Meadow Counseling are not medication prescribers. We are glad to partner with your primary care physician for coordinated depression treatment. We can also offer a referral to a trusted mental health prescriber or naturopath in the Vancouver, Washington community. Some clients wish to treat their depression naturally (without the use of medications). We respect your right to direct your own treatment.

I'm having thoughts about suicide. What should I do?

Depression Apps for Your Phone

This app is an ideal complement to a cognitive behavioral therapy treatment plan. It provides a built-in thought diary for identifying and correcting distorted thought patterns. It allows you to track your mood, goals, and health habits. As a bonus, there are useful meditation and deep breathing exercises. Click here for a 30-second introductory video.

Among other tools, this app features instant access to crisis hotlines, a customizable mini-safety plan, a list of practical strategies for maintaining personal safety, and a LifeBox for uploading pictures from your phone to remind you of reasons to stay alive. Note: If you are having thoughts of suicide, an app alone will not take the place of professional counseling or emergency crisis services (1-800-273-TALK).

Difficulty focusing and self-motivating are common depression symptoms. Wunderlist is useful for breaking down overwhelming tasks with to-do lists, deadline setting, and coordination with others. For many, getting organized can be the first step toward a more motivated, managed life.

If you think you may be one of the millions of people suffering from symptoms of depression, our licensed counseling staff is able help. To learn more, call us today at (360) 952-3070 or email at info@starmeadowcounseling.com. You can also schedule an appointment online.