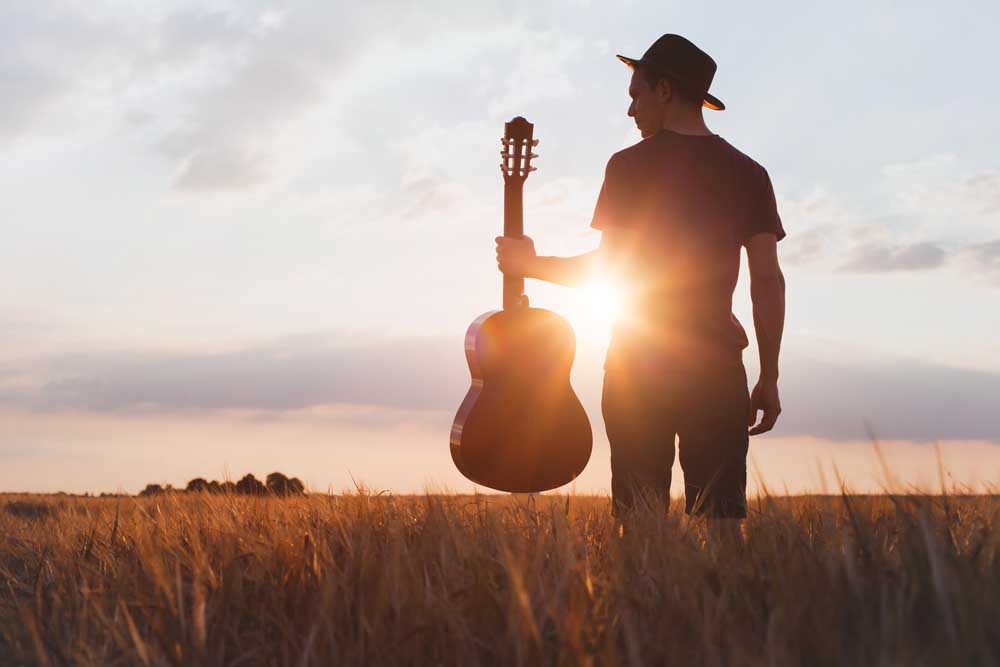 Imagine for a moment that the negative thoughts running wild in your brain played like a country song on repeat. Would any of the songs have titles like these?

Unfortunately (or fortunately, depending on how much you like/dislike country music), negative thoughts don’t sound twangy, musical, or even remotely playful when they’re happening. Instead, they tend to evoke anxiety, sadness, disappointment, guilt, anger, or shame.

THE REALITY IS: We don’t have as much control over our thinking as some would like to believe. Most of us do not on-purpose sit there thinking, “Man, now would be a good time to think really crappy things about myself.” No, the thoughts just happen, all on their own. Often, the thoughts are on autopilot, automatic responses born out of habit, not intention.

What then can be done with negative thoughts? Here are two practical solutions:

Like a country song that exaggerates for dramatic effect, not all of the negative thoughts we experience are not fully accurate, truthful, or likely. It can be confusing, because in the moment, most of negative thoughts sound true and feel true. However, feeling something is true does not make that thought true. Emotionally-laden thoughts can be skewed toward the negative similar to how a fun-house mirror that takes the image of a person and distorts it grotesquely.

Listen to the lyrics of one verse of Hank Williams’ classic country song, “I’m So Lonesome I Could Cry:”

When time goes crawling by

The moon just went behind the clouds

To hide its face and cry”

Most of our negative thoughts are not nearly so poetic; however, they do often apply similar distorted tactics– Generalization and Magnification. The feeling of loneliness is real, raw, and genuine. Though the feeling grows to new proportions when the thought is amplified to include something much broader; in this case–the whole world seems lonely (time, the moon, etc.). Do your negative thoughts do something like this? Do they:

If so, it might be time to sass those thoughts back like Kellie Pickler with thoughts that are more true, balanced, or at least neutral.

TIP: Don’t just let that negative thought on repeat have its way with you. Talk back! Engage those thoughts in a RAP BATTLE.

In a traditional rap battle (if something like that can be called “traditional”), rappers will take turns taking jabs at each other (in a rhyming fashion). You don’t need to be quite so creative. You can also hold back from belittling the negative thought like a rapper would. Instead, talk back to your negative thoughts with more accurate statements. Battle back with TRUTH. You might not be able to control the first thought that comes into your mind, but you do have some say over the second thought.

If you’d like help talking back to your chorus of negative thoughts, a counselor trained in Cognitive Behavioral Therapy (CBT) can help. There are also great books that can guide you, including “Mind Over Mood” by Dennis Greenberger and “Feeling Good” by David Burns.

2. THINK OF NEGATIVE THOUGHTS LIKE FAMILIAR ELEVATOR MUSIC & RELEGATE THEM TO THE BACKGROUND

What if we were to think of thoughts like country music playing in the background of an elevator. Just like with elevator music, you are not always the DJ controlling the content or volume of your thoughts. If you were the DJ, certainly you’d flip the “off” switch and opt for some silence! If your thoughts aren’t responding to the RAP BATTLE APPROACH described above, perhaps this next idea might be for you.

Try it: Write out a list of your most frequent negative thoughts. Group similar ones together. Is there as much variety as you were expecting? I bet you could make a playlist of your own that would be shorter than your average country music album. This approach to handling negative thoughts that comes from a therapeutic approach called Acceptance and Commitment Therapy (ACT).

If you experience the same negative thoughts, over and over, some of the best things you can do are:

If your intrusive negative thoughts aren’t quite as fun as country music, a professional therapist may be able to help. The counselors at Star Meadow Counseling are trained in helping clients shift out of negative thought patterns. You don’t have to stay stuck on repeat.